The mountain lion, Felis concolor, or cat of one color, is also known as cougar, panther, ghost cat, catamount, and puma. The mountain lion is the largest feline carnivore of North America. Adults are tawny to chocolate-brown with black tips on their ears and their long tails. 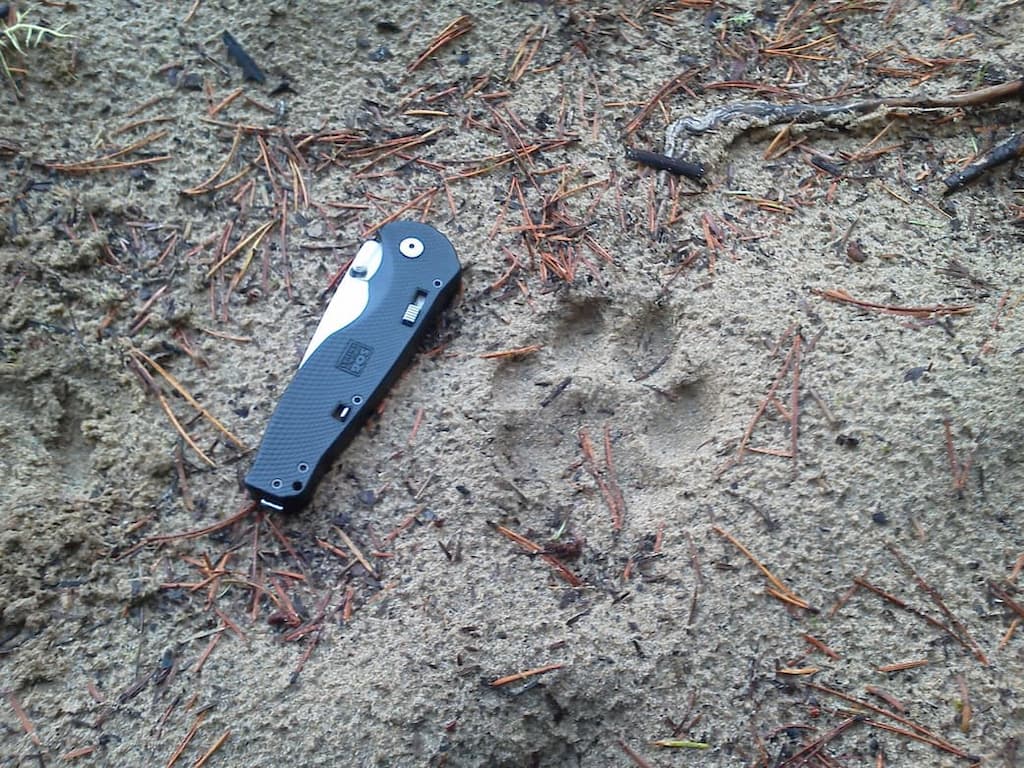 How to recognize the presence of Mountain Lions in urban environments

One of the immediate ways to suspect the presence of mountain lions is to be aware of the big cat's preferred prey.

A Mountain lion's preferred prey in urban areas is Columbian Blacktail Deer. Here on the Oregon coast, there is plentiful habitat for deer. Where there are deer, it is likely a mountain lion is not far away.

Also, in urban areas, Cougars will feed on easy prey like house cats and dogs. A spike in pet disappearance in the neighborhood, could predict a mountain lion in the area. The risk to domestic pets is higher if fluffy or fido are fed or left outside, especially at night. Cougars will eat your pets food and dogs chained outside can be easy prey for the big cat.

You can view and feel the excitement we felt of our first video of a Mountain Lion aka Puma Concolor walking at night in our forest in 2020.

We have been looking forward to catching a Cougar on the trail cam. And we did. Shortly before the camera shot, the Mountain Lion left a fresh scent scrape on the trail. So, before we checked the camera, we knew the Cougar had passed this way. And verified with the video.

How to measure the print of a Cougar or Dog

Measure the width of a track at the widest part. The track length from the end of the tracks heel to the nail. Or, if no nails are present then measure from heel to the end of the longest toe length or digit. Use these measurements to decide if the tracks fall within the average measurement. If it does, then check to see if claw tracks are visible, make sure to measure the track length including claws.

How to tell the difference between cat and dog tracks

Dog paws do not have retractable claws or nails as mountain lions do. And lion tracks have a shape, like a circle. Dog tracks are often mistaken for cougar tracks. Unlike a dog track which has a Maple leaf type shape. Dog tracks are much narrower in width than cats' tracks.

The track photo on the top of the page may be a better example of the roundness of the feline print. Survival Course

Scat consists of droppings left by any animal. Spore size is best determined by measuring the diameter of the scat then the length. Scat: ¾” to 1” average diameter, is tubular and segmented. With at least 1 blunt end containing deer hair, bones, and grass. lion scat can vary in size and shape. An example of non-typical scat is when cougars gorge on fresh prey. Their scat is no longer distinct and segmented but a pile with no recognizable tubular shape at all. The Ghost Cat, in my experience, does not always cover its scat such as a house cat does. More often I have found cougar scat uncovered and in plain sight.

The scent scrapes can measure up to 1 ft. diameter. Cougars scrape together a pile of debris, which may include mosses and leaves as in the photo to the right. Cougars will communicate their territories to each other. They do this by scraping together a pile of debris using their paws. They then urinate on the pile. This is a scent scrape. Or use other detritus such as sticks and conifer needles to mark their territory. The cougar will then spray the piles with their urine.  Thus, ensuring communication with other cats. The scent scrapes are territorial intersections where other cougar areas overlap. To confirm the cougar scent scrape yourself, bend down and give the pile a quick whiff. If it has a strong cat-like scent, it's a cougar scrape.

Mating Season: from December to March but can happen at any time during the year. Gestation: 82-96 days. Litter size: 2-4 kittens.

Lions kill 1-2 deer a week and will hide and guard large carcasses and feed on them for several days. Caution: if you discover an animal such as a deer or elk covered or partly covered in debris. Leave the area immediately and report the site to SAR Command. Mountain lions will protect their kills and may be aggressive. One lion can consume up to 20 or 30 pounds of meat in a single meal.

Mountain lions do prey on other lions if no other game is available.

Dogs and cats left outside overnight when chained with an active lion in the area are easy prey. Don’t feed pets outside or leave pet food feeding bowls out. Pets left outside at night may draw in hungry lions.

Range - The range of a Mountain Lion may cover 25 to 785 square miles. Lifespan - Mountain Lions live an average of 8-10 years in the wild and can live up to 20 years in captivity. Lifestyle - Mountain lions live solitary lives. A mother mountain lion and its kittens live together until the kitten is old enough to survive on its own Breeding Habits – Female mountain lions breed for their first time between one and a half and three years of age. Lion kitten lifespan –on an average only 1 in 6 survive Dominant males may kill juveniles within their territories leaving juveniles in marginal habitat. This can lead to starvation or encounters with humans. In California where Fish and Game laws protect the big cats from hunting. 75% of the kittens do not live to be two years old.

Bounty hunting of Mountain Lions began as early as the 1600's in North America. Early settlers feared predators believing they had a negative effect on game populations. By the 1900's predators were killed in astonishing numbers. The killing of so many predators caused a disastrous effect on the ecosystem in some areas. Loss of wolves and cougars led to overpopulation of deer and other herbivores. Resulting in overgrazing, increased erosion, and decline in the long-term health of ecosystems.

If you meet an aggressive Mountain Lion:

*Remember above all DO NOT RUN! No cat can resist the instinct to give chase.

Defending against an aggressive Mountain Lion

Bear pepper spray is a recommended deterrent for use against an aggressive and attacking lion.

Verified Mountain Lion attacks on humans in California (1986 through 2014). The CDFW (California Department of Fish and Wildlife) defines a mountain lion attack as an incident resulting in direct physical contact between a human and a mountain lion resulting in physical injury or death to the person. CDFW considers a mountain lion attack to be verified only when a physician, law enforcement officer or CDFW personnel find the injuries are caused by a mountain lion. Also Guidelines for Living In and Visiting Mountain Lion Habitat by the USFS. Recommended Reading The Beast in the Garden. Warning from Mark if you read Baron’s book you may never go outside again. The Cougar: Beautiful, Wild and Dangerous by Paula Wild. And Cat Attacks and True Stories and Hard Lessons from Cougar Country by Dean Miller.

Have a Mountain Lion sighting or story? See the comments section below.