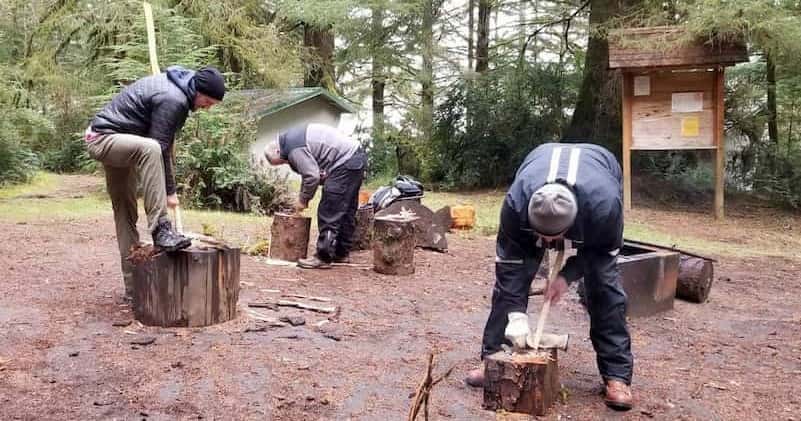 Survival Bush Craft has a long history in north America where people of the northlands relied on bush skills to survive the brutal north country winters.

What is bushcraft? The definition is - "skill in anything pertaining to bush country."

These survival skills that came about from wilderness living in the Boreal Forests of Canada. And other northern wilderness throughout the world.

The North American Fur Trade was a booming economy and brought many to the north lands. Bush skills were needed to work and live in these extreme conditions.

Woodcraft skills learned from and borrowed from Indigenous peoples in north America including the Inuit. The Sami people from Europe and Asia. We respect and thank native peoples for their ancient wisdom. Native people schooled newcomers in the survival skills needed to live and work in the far north.

Beginning in 1869 Alaska Klondike Gold Rush was much same. Adventurers hopeful to hit it big in the Gold Fields came woefully unprepared. And many died. A Ton of Goods  was mandatory to enter  through Canada on the way to the Alaskan goldfields.

Reflecting on the amount of survival gear and of these "Sourdoughs" hauled up the Chilkoot trail.

Living in the extreme and the Bush Craft skills you need

Late spring and summer are fairly forgiving in bush country. The exception being biting flies and mosquitoes. About anywhere in the fair months of summer you will find these unforgiving buzzing insects.

One of the first rules in the backcountry in summer is understanding how these miniscule creatures can create chaos and panic to the uninitiated.

Insects have drove men insane due to their sheer numbers. But there are simple ways to prevent from being bitten. And prevent serious skin infection and disease.

Clothing is your first defense against biting insects

For traveling in bush country clothing is your first line of protection from the elements. Which also include vast numbers of biting insects. Such as black flies, deer flies, mosquitoes, midges, ticks, and no-see-um.

Recommended insect deterrent clothing for traveling in the Bush

One of the most important skills you can develop to survive in the bush is Fire Craft. You must have the skill to make a warming fire day or night. Regardless of weather and temperature. Fire is so important to wilderness survival. That Fire Craft is rated as the number 1 most necessary bush craft skill to master.

To make do in the north country. Survival and bush craft must be studied and learned. You must know how to dress properly, build a fire under all weather conditions, and follow the ancient wisdom of living nature's balance. If you are to survive.

The Oregon Survival School provides the training and skills you need to have a well rounded education in Bush Craft Survival.